Rob graduated from The Royal College of Music, studying under the tutelage of Mike Moran (Piano), Ralph Salmins (Drums) and Alex Neal (Percussion).

Rob regularly works in television, most recently as Assistant Musical Director on ITV's Romeo and Duet.  He has worked extensively on The X Factor  and Britain’s Got Talent, as both an Arranger and Pianist, and has also contributed arrangements to America’s Got Talent: The Champions  and X Factor Celebrity.  He is one of the Track Producers and part of the Music Team for The Masked Singer  and Walk The Line, and has worked on America's Got Talent, Britain's Got Talent: The Champions, X Factor: The Band, All Together Now  and Celebrity All Together Now. He has been numerous House Bands, including  Alan Carr's Epic Gameshow: Name That Tune, The Greatest Show, Bryn Terfel Scholarship  and recently has played on some episodes of Sesame Street.

Additionally, Rob was the Musical Director for The Evening Standard Theatre Awards 2019, has performed at The Opening Ceremony London 2012 Olympic Games  and contributed a co-arrangement to The Brit Awards. 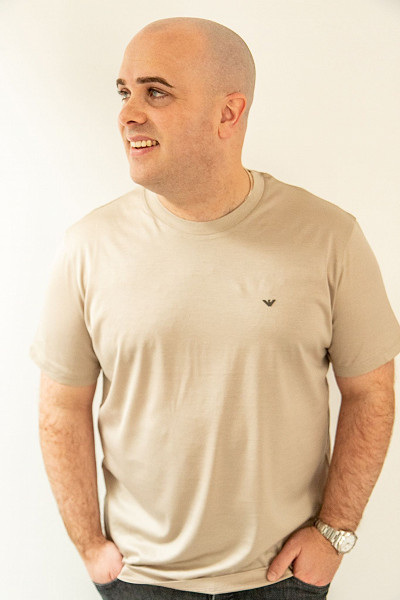 He has recorded and/or conducted sessions at some of London’s top Studios, including EMI Abbey Road, Angel, RAK and British Grove. Rob was also one of the Track Producers for Strictly Come Dancing: The Professionals 2019 (+ Co-Arrangements in 2022) and Rip It Up 70s, and recently completed 45 minutes of music for Bournemouth Symphony Orchestra’s  ‘Symphonic 80s Spectacular’ Prom in the Park. Rob is the Musical Supervisor/Track Producer for Remembering The Oscars for Aljaz Skorjanec  and Janette Manrara.

West-End credits include Dreamgirls, Motown: The Musical  and Everybody’s Talking About Jamie  (all as Associate Conductor). He has held chairs on The War of the Worlds  and Stephen Ward,  and has also deputised on Beautiful, The Bodyguard, Bat Out Of Hell  and Thriller: Live.  He is also currently playing Keyboards on the smash-hit Back To The Future.  Other notable tours include  Jeff Wayne’s 40th Anniversary of The War Of The Worlds, Inala, Soul Sister,  Dancing In The Streets  (including Additional Arrangements for USA/Canada Tour) and Showman.  Further to this, Rob is the Musical Director for TBI Media's Magic at the Movies,  and plays Keyboards for the annual Magic at the Musicals,  broadcast from the Royal Albert Hall in London for Magic FM, where he has performed with an array of West-End stars in a 60-piece Orchestra, including Marisha Wallace, Lucie Jones, Lee Mead, Ricardo Afonso, Kerry Ellis, Cassidy Janson, Ben Forster, Louise Dearman, Ruthie Henshall, John Owen-Jones, Maz Murray  and Ramin Karimloo.

Rob has very proudly arranged, recorded and fixed studio musicians for over 50 successful productions at ted  for their shows worldwide for TUI, Marella and Sensatori, alongside many other large-scale projects for Guest Acts & Artists performing all over the World.

Rob is a consummate all-round Musician who is equally at home on Keyboards in a Rhythm Section, Arranging or acting as Musical Director. He  is unquestionably one of the brightest new talents on the London scene.

Rob has worked for me on a number of projects for TV, Commercial Release and Stage, including Britain’s Got Talent, America's Got Talent and X Factor. His arrangements are exemplary in any style that I throw at him, whilst more often than not having to meet very imminent deadlines. Further to this, he is also a fantastic Piano player, with superb feel and groove.

I’ve worked with Rob for a number of years, both as a player and under his Musical Direction. As a Pianist, he has great time and feel. As an Arranger, his charts are absolutely brilliant; his take-downs are immaculate, but he also knows when to allow the musician the ‘freedom to play’. Added to this, he’s a good bloke, who makes sure that there is a strong balance between hard work and keeping morale high.

Rob very quickly gained the trust of all concerned including the already seasoned musicians. He has an innate musicality that goes beyond training. His playing is exceptional and he has a superb ‘feel’ for the music in the show. Added to this he has a very easy going nature and natural leadership qualities. These combine to make Rob a person that everyone both likes and respects. I trust him implicitly and would have no hesitation in recommending him for any musical directing job.